We are thrilled to welcome back Grigory Gruzman to give the closing  recital in Stoller Hall.

Grigory Gruzman was born in Sankt Petersburg (former Leningrad), Russia. He began his piano lessons at the age of five. Due to his exceptional talent, he was admitted to the Music School for the specially gifted children at the Leningrad Conservatory. During his school-time, he performed more than 300 times in Leningrad and in other Russian cities.

On hearing Gruzman’s interpretation of Rigoletto-Paraphrase Herbert von Karajan said ‘I’ve been waiting all my life“.

Since his emigration from Russia Grigory has given over 1,000 perofmrance and lecture around the world in 6 languages (Russian, German, Spanish, Hebrew, English and French).

In 2006 Gruzman was appointed as professor to the University of Music Franz Liszt Weimar (including special school for gifted children “Musikgymnasium Schloss Belvedere”). His students  have won over 40 awards in national and international competitions. He is artistic director and jury chairman at  the international Liszt piano competition for young pianists in Weimar. 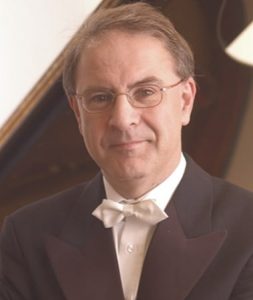