‘My Life in Music’ with Philip Fowke

” …… that co-existence of a high musical intellect with elegance, wit and unashamedly
joyful showmanship, marks out Philip Fowke among his own generation of pianists …… ”  The Times

Philip Fowke is respected and admired worldwide as one of Britain’s most distinguished pianists. His frequent appearances and broadcasts with leading orchestras in the UK and his many recordings also see him performing abroad where he in recent seasons he has toured in the USA, Canada, Scandinavia, South America, Germany, Italy and New Zealand. Philip  has made recordings for EMI, Lyrita, Unicorn, CRD, Chandos and Naxos. These include the concertos of Addinsell, Bliss, Delius, Hoddinott, Rachmaninov, Ravel and Tchaikovsky. He has also made solo records including works by Bliss, Chopin and an album of piano transcriptions.

This year from the Stoller Hall, we welcome Philip to share with us his life in music. 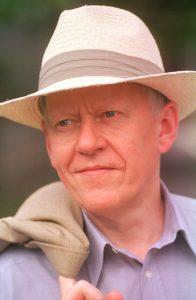