An audience with Paul Lewis

We are thrilled to welcome Paul Lewis to the Summer school.

Paul, a former student of Chetham’s, is internationally regarded as one of the leading musicians of his generation. His cycles of core piano works by Beethoven and Schubert have received unanimous critical and public acclaim worldwide, and consolidated his reputation as one of the world’s foremost interpreters of the central European classical repertoire. His numerous awards have included the Royal Philharmonic Society’s Instrumentalist of the Year, two Edison awards, three Gramophone awards, the Diapason D’or de l’Annee, the Preis Der Deutschen Schallplattenkritik, the Premio Internazionale Accademia Musicale Chigiana, and the South Bank Show Classical Music award. He holds honorary degrees from Liverpool, Edge Hill, and Southampton Universities, and was appointed Commander of the Order of the British Empire (CBE) in the 2016 Queen’s Birthday Honours. 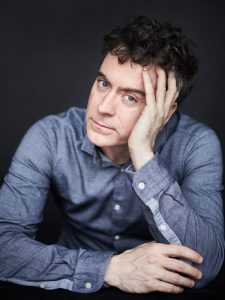