Joanna MacGregor is one of the world’s most innovative musicians, appearing as a concert pianist, curator and conductor. Head of Piano at the Royal Academy of Music and Professor of the University of London, Joanna MacGregor was the Artistic Director of Dartington International Summer School & Festival 2014-2019, Artistic Director of the Bath International Music Festival 2006-2012, and curated the multi-arts Deloitte Ignite Festival at the Royal Opera House in 2010.

As a solo pianist Joanna has performed in over eighty countries; her 2019-20 schedule takes her from Europe to China, Australia, New Zealand and America. She has appeared with many of the world’s leading orchestras, with such eminent conductors as Pierre Boulez, Colin Davis, Valery Gergiev, Simon Rattle and Michael Tilson Thomas, and has premiered many landmark works, from Harrison Birtwistle and Django Bates to John Adams and James MacMillan. A regular broadcaster, she has made over twenty appearances at the BBC Proms, including the Last Night.

We are thrilled to welcome Joanna to Stoller Hall for the first time. 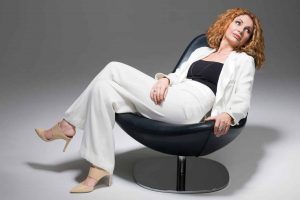