“One of the most radiantly musical of pianists, she plays with such alluring sensitivity & effortless command that one cannot help but be won over” – International Piano

Described by Gramophone magazine as a pianist of “consummate skill and thrilling conviction”, Margaret Fingerhut has a distinguished career which has taken her all over the world. She is particularly known for her innovative recital programmes in which she explores the highways and byways of the piano repertoire. As a concerto soloist she has appeared with the London Symphony Orchestra, London Philharmonic Orchestra, Philharmonia Orchestra, Royal Philharmonic Orchestra, BBC Philharmonic, BBC National Orchestra of Wales, BBC Scottish Symphony Orchestra and the London Mozart Players, in major venues such as the Royal Festival Hall, Royal Albert Hall and the Barbican. She is often heard on BBC Radio 3 and Classic FM and many radio stations worldwide. 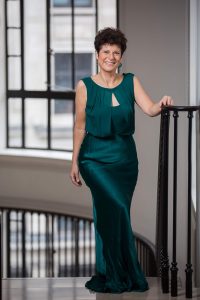